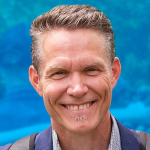 After nine long years, BMW has announced an update to their BMW R 1200 GS.

Displacement remains unchanged at 1,170cc, but the big news is the introduction of liquid cooling! Unlike the previous engine which was air/oil-cooled, the new engine is air/liquid-cooled. Liquid in the parts exposed to the most severe thermal stress, and air cooling for the rest. Two small radiators have been added. BMW reports output of 125 horsepower at 7,700 rpm and 92 lb-ft of torque at 6,500 rpm. Both are significant increases over the previous model.

The engine housing incorporates the 6-speed transmission with a wet slipper clutch (instead of the previous dry clutch). The single-sided swingarm has changed and is now on the left side of the motorcycle.

The new BMW R 1200 GS will be available in Alpine White, Thunder Grey Metallic, Racing Red and Blue Fire. Pricing and availability were not announced.

Lots of details (and more pics) over at BMWBlog.com. We Need Your Help!

Do you have a favorite adventure ride destination? Share it with others!